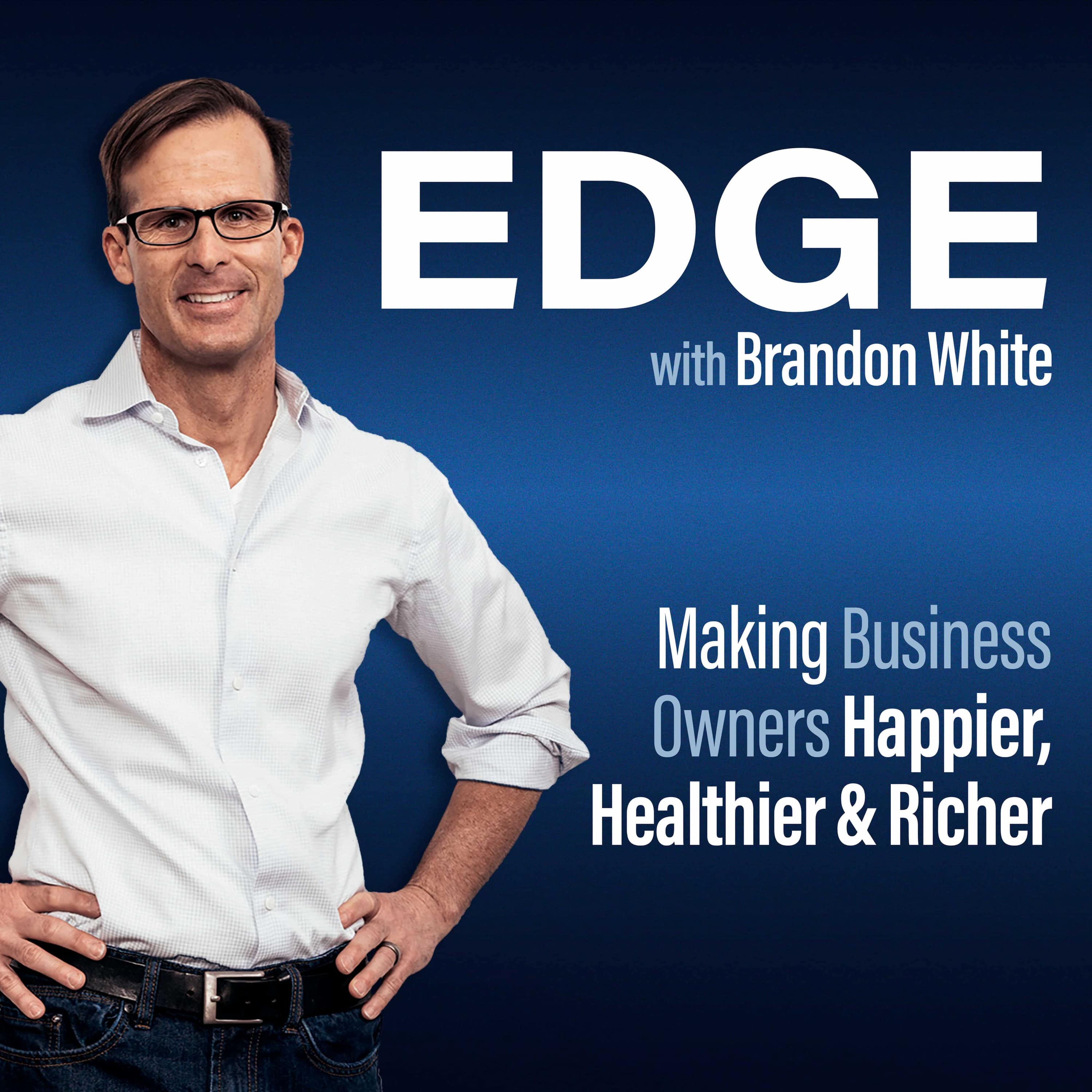 Regularly ranked in the Top 100 in the charts and with over 440 episodes, the EDGE Podcast brings you an intimate glimpse into the lives of high-achieving, world-class performers who have all excelled in their field. They bring you first-hand experiences, lessons learned and offer their playbook they've employed to get them to the top and keep them there.

Hosting every conversation is Brandon White, an entrepreneur with two exits (so far), lots of strikeouts, former VC, angel investor and genuinely curious person who shares his lessons learned from over two decades of successes and failures in the trenches as an entrepreneur, athlete, and human.

Drop in on the conversation weekly and grab your edge!

The show features guests from all walks of life that offer you different angles on how to get a winning edge.

A sample of previous guests:

🎙️ Steve Case, Co_Founder of AOL and one of America’s best-known entrepreneurs, Ep. 446

🎙️ And other spectacular humans

About Your Host Brandon White

Brandon is an entrepreneur with two exists (so far), lots of strikeouts, angel investor, former venture capitalist, and worked in Marketing at America Online.

Brandon started his professional career in technology as a pioneer on the Internet in 1996 as the Founder/CEO of Worldwide Angler, Inc. Worldwide Angler was recognized as the number one social networking and e-commerce site for sport fisherman on the internet.  He bought the company back from the investors in 2001 and led it to a successful exit a decade later to VerticalScope (FORA.TO).

He lives Half Moon Bay, CA with his wife and dogs, is the Founder of FileFinder and angel investor.

When not at the mic or keyboard you can find him zipping up and down the California coast on his road bike .

About the EDGE Recording Studio

EDGE comes to you from its recording studio in Half Moon Bay, CA.

The studio is a custom built recording studio that can accommodate up to three in studio guests.

For those interested in the studio build and how we run the show:

The walls are insulated with Rockwool Safe'n'Sound Stone Wool Insulation.

Over the insulation the whole studio is wrapped with Audimute Peacemaker® Sound Barrier - 3.2MM

The entire back wall behind where Brandon records solo is covered with Audimute Strata.

All the other walls have custom printed Audimute Acoustic Panels.

Sliding glass doors allow for light when Brandon is working and not recording. The sliding doors have a removable Audimute Sound Absorption Sheets.

The floor is sealed and then covered in felt, on top of that is wool carpet to dampen the sound. Under the guest recording table is a bison skin to further dampen sound.

Thanks for contacting us! We will get in touch with you shortly.

Join over 17,200 other listeners & subscribe so you don't miss another episode!

Thanks for subscribing! You're on the list and will be getting your EDGE.